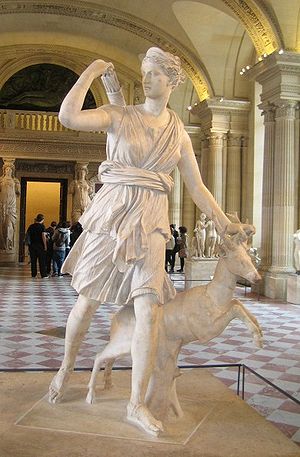 I saw the following on a UU Pagan facebook page:

“Polytheists like to claim that the multiplicity of gods breeds a kind of pluralism that makes intolerance and acts of religious violence less likely. But as an earth-centered and Self-centered Pagan, I see more similarities than dissimilarities between polytheism and the monotheisms. And I wonder if what really distinguishes Paganism from the Abrahamic faiths is not the number of gods, but the belief that in some sense we are God. A polytheist would call this hubris and a monotheist would call it heretical. (At least an orthodox monotheist would. There have always been mystical strains within the monotheistic traditions which sought union with God.) But for many Pagans, the hubris of the statement, “Thou art God/dess”, is an article of, well, faith.” – John Halstead, on the role of faith and hubris in Paganism via The Wild Hunt

…and traced his reaction back to several excellent posts by Elani Temperance.

How Far Would You Go to Appease the Gods?

You, In Relation to Deity

and The Girl Who Kicked the Hornet’s Nest (again) part 1, part 2.

I made a comment on the Allergic Pagan entry:

“For a polytheist to identify with the gods would be hubris.”Doesn’t really apply to ancient Egyptian practice, or much of modern Kemetic practice. It’s a common feature of temple rituals and heka to declare that you ARE a specific deity for the purposes of that ritual. “I am (the god) Shu, I have come to perform this rite for…” “I am (the god) Djehuty…” offering the restored Eye to Heru, and the restored testes to Sutekh, “I am (the goddess) Aset…” performing a healing action, as she healed her son Heru. Many of my fellow “recons” have a problem with majority pagans making sweeping statements about practice, statements that are quite exclusionary. If we point out that the “Threefold Law” is not universal, or that not everyone is “Earth-Centered,” these statements aren’t well-received. Diversity gets very little respect under the Pagan umbrella, IMO.

For one thing, I don’t see “Faith” having anything like the importance in Kemeticism as it does in Christianity, for instance. “The Quality/Strength of Faith” isn’t a test for the Egyptian afterlife at all, is it? The Netjeru don’t ask “How strong is your faith?” They ask “What have you done?”

“Hubris” seems pretty meaningless in a Kemetic context as well.

Icarus is a common example. The son of Daedalus, who flew too close to the sun, which melted the wax in his artificial wings. He plummeted to his death. (To me this seems more a case of ignoring instructions than angering the gods!) Again, I don’t see any Kemetic context for hubris!

I’d like to know your thoughts on all this!

related: To  Pagan or not to Pagan?