How separate are the Netjeru? Do they all come from one source? Are they all just reflections of the One? What’s the difference between Monolatry and Henotheism? What about the whole Amun-Ra / Ra-Horakhty / Mut-Aset-Nekhbet Syncretic thing?

These are questions that give Kemetics headaches!

Conceptions of God in Ancient Egypt by Erik Hornung is often given as a good source for answers. I’ve read it, and it looks to me like the main theme is the total refutation of the idea that there was a secret monotheism in ancient Egypt, known only to the inner circle of priests. Old-school Egyptologists often thought that the polytheist, animal-headed-deity-worshiping tendencies of the Egyptian populace were childish and embarrassing. How could a civilization that produced wondrous pyramids have taken a bug-headed god seriously?

Hornung does, in my opinion, demolish the monotheist idea, and along the way shows that Egyptians (at least, the ones that could write) didn’t consider the animal depictions literally.

I linked to an article about syncreticism over a year ago, but it’s still a difficult concept.

One simile I was considering is that syncreticism is like the Vulcan mind-meld, from the old TV series Star Trek. When it was necessary to communicate with something that didn’t speak English, 😉 Spock would use a mental technique to merge minds. It wasn’t easy or pleasant; he’d end up feeling the pain and emotions of the entity in the process of communicating. But for a specific time, and a specific purpose, Spock’s mind was merged with some alien like the Horta.

However, there’s a better explanation for the understanding the Netjeru.

The Theology of Booze.

Yes, Ethanol Fermentation is the key.  As you probably know, breads, beers, and wines are all produced by ethanol fermentation,  and they’re all common offerings to the Netjeru.  But they can also be the key to understanding them!

Alcoholic beverages proceed from the the same source- water and some form of sugar or starch.  They consist of water, ethanol, and other stuff, which varies. However, they’re all distinctly different. Beer is not wine. Whiskey is not Tequila.

Some people only drink beer, or one brand of beer. Others restrict themselves to wine or some other beverage. They don’t deny the existence of other drinks, but they usually don’t bother with them. Henotheism is like that. However, there are many people who drink more than one form of alcohol, sometimes linking them to different occasions. 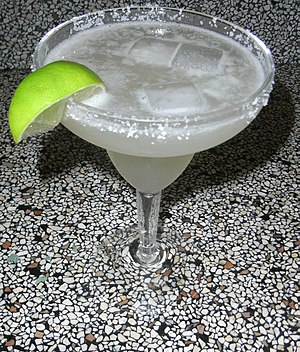 A Boilermaker, or more properly a Depth Charge, is a shot of whiskey or some other form of liquor lowered into a glass of beer. A Martini is a mixture of Gin and Vermouth. A Margarita is also a mixed drink that combines Tequila and an orange-flavored liqueur like Triple Sec. You could also think of a Black and Tan, a mix of two different styles of beer. There are many other drinks that combine more than one form of alcohol, but those should be enough to get you started.

A martini or other mixed drink is distinctly different from its components, and yet it takes on some of the qualities of both. However, there is still pure gin, and pure vermouth in the world. We could call it Gin-Vermouth, like we do Sekhmet-Mut. Or like the martini, we could give the mix a whole new name, like the Greeks did with their syncretic god Serapis.

Some mixes work better than others. There probably aren’t many people who would enjoy Creme de Menthe and Retsina, for instance. I don’t think there’s a historically-attested Bast-Inepu either!

There are other forms of deity-combination, and we’ll have to leave those for another day. I hope this should reduce the headaches when thinking about them. Or at least postpone the headaches until tomorrow morning. Hornung’s Conceptions of God in Ancient Egypt is available from Book Depository and Amazon.